Why aren’t people paying attention to you?

Spoiler alert: it’s probably because you’re talking in a way that makes them not want to listen. There’s a big gap between jargon-heavy corporate-speak and how real people talk and think.

If you’re like me, then you’re probably wracking your brains trying to figure out WHO this sign is intended for. I understand the intent of the sign. They want to keep geese away from this waterway. I completely get it, but I’m not the audience, so that’s irrelevant. I suspect its installation hasn’t made much of an impact on its intended audience. I suspect geese are walking straight past it.

You may laugh, but you are putting up these kinds of signs. Think about how often we communicate in language or ways that we understand, but which goes over the heads of our audience.

My field is health promotion, but I entered it nearly 20 years ago after sharpening my axe in advertising. A big part of advertising is translating how companies talk into how their customers listen, both visually and verbally. This might sound like a small thing, but it’s the difference between creating a stampede to the stores or a product that fails.

How does this relate to health promotion?

If you want to deliver an ROI and shift the needle on what’s important then the audience for health promotion is people who are not healthy. Based on the drivers of poor health, your core audience is people who are overweight, sick, sad, busy, less educated and eating poorly. Maybe not all of these things, but statistically most.

Yet if you look at the language of health promotion, it talks to healthy people. Both visually and verbally it’s all ‘wellness’ and ‘tone your abs’ and already-fit gym goers and shiny piles of pebbles.

Language: it makes all the difference.

Years ago, I launched a workplace physical activity challenge called the GCC. Its core intent was to stop employees being sedentary, so they’d lose weight, get fit, reduce their blood pressure and cholesterol and improve their attendance and productivity. All valuable outcomes.

Human resources people printed the above messages on posters in staffrooms to attract people. Can you guess which one hooked in the most employees?

We did the opposite. We just told people it was a fun, teambuilding activity. Which it was. It achieved unprecedented take-up. Without any incentives. It also clinically reduced people’s weight, their cholesterol, blood pressure, reduced absenteeism and measurably improved productivity and engagement.

Why did our approach work and HR’s fail? Because we used language and tone that the audience related to. We talked in way that made it easy for people to listen.

I still see health promotion being delivered in corporate waffle and not in the way people actually speak. I was talking to a HR manager at a bank last week who was complaining about how poorly their ‘Wellbeing Checks’ were going.

The idea is that with people working from home, managers and HR people are scheduling ‘Wellbeing Checks’. It sounds very formal and awkward and uncomfortable and box-ticking. Yet, imagine how different this would look if the language of the audience – the people – was used.

I can tell you how.

Unfortunately, I live in Melbourne, Victoria. The most locked down place on the planet in 2020 thanks to the Covid19 epidemic. (We even went past Wuhan two weeks ago. No, we are not proud of it). With most of the economy shut down and people working from home (or not working), locked in their homes for 23 hours a day and unable to do many of the things they enjoy, the impact on mental health is incalculable.

I’m in the most at-risk cohort and so are my friends. Men are at greatest risk of suicide but least likely to seek help. We account for over three quarters (76%) of deaths from suicide and an estimated 72% of males don’t seek help for mental disorders.

I figured that the best way for us to keep an eye on each other was to catch up every two weeks (group chat on Zoom with beers) and I resolved to meet a different mate for a walk every couple of days, in the hour we are allowed to exercise outside with one person.

If you think about it, I’m performing ‘Wellbeing Checks’. But this is not how I presented it to my friends. It’s just, “Hey, let’s get out for a walk, grab a coffee and have a chat”. If I’d said, “I’m doing a Wellbeing Check on you every week”, then my friends would have said, “No thank you, leave me alone.” (Incidentally, I just used different language and tone here for you, than my friends would have used on me!)

So, the intent is the same – a wellbeing check – which delivers the intended outcome. But the language is comfortable, appealing, relatable, familiar and trusting.

Speaking of mental health, what’s the biggest driver of stress in 2020?

How we do it at HeadUp.

For starters, we work extra hard to understand our audience. This enables us to build trust and intimacy so that when we surface an intervention or signpost someone to help, we’re giving them something they need.

As an example, here’s something we might say to someone once we’ve identified that they’re suffering from stress and low mood and who we know is a father living through a global pandemic:

“Hey, Glenn, we’ve noticed your mood has dipped. Did you know that in 2020, the biggest driver of stress and low mood is not home schooling? Yeah, we could hardly believe it ourselves! It’s actually money.”

We surface an issue that we mine from their data – and then, using relatable, jargon-free language, we address it. We don’t say, “We’re going to provide you with Tools for Financial Wellness, Glenn”. We say, “Let’s address your money worries” – and point to all the elements of their life that will improve once they get help (as opposed to “seeking advice”). We explain how addressing money worries can help them sleep better, feel better and take back control of their situation. We point out that getting outside help isn’t an admission of defeat or cause for shame. We remind them that finance is complicated –

“You brush your teeth, Glenn, but that doesn’t mean you should be performing dentistry on yourself!”

We also point out the benefits of acting now vs. acting later, when things are much worse. Financial problems, like dental issues, mental health, cancer, heart disease, diabetes and just about anything you can think of, are much easier to deal with once detected vs years later. And we do all of that using warmth and empathy. Because we know that language makes all the difference.

Oh and by the way…

Putting fear into someone to help them modify their behaviour has an important place in behavioural change. In fact, to save you the trouble of doing a Google search on how to stop geese trespassing into a waterway, I’ve already done it for you. Sums up how important it is to use a tone and language that the audience understands. 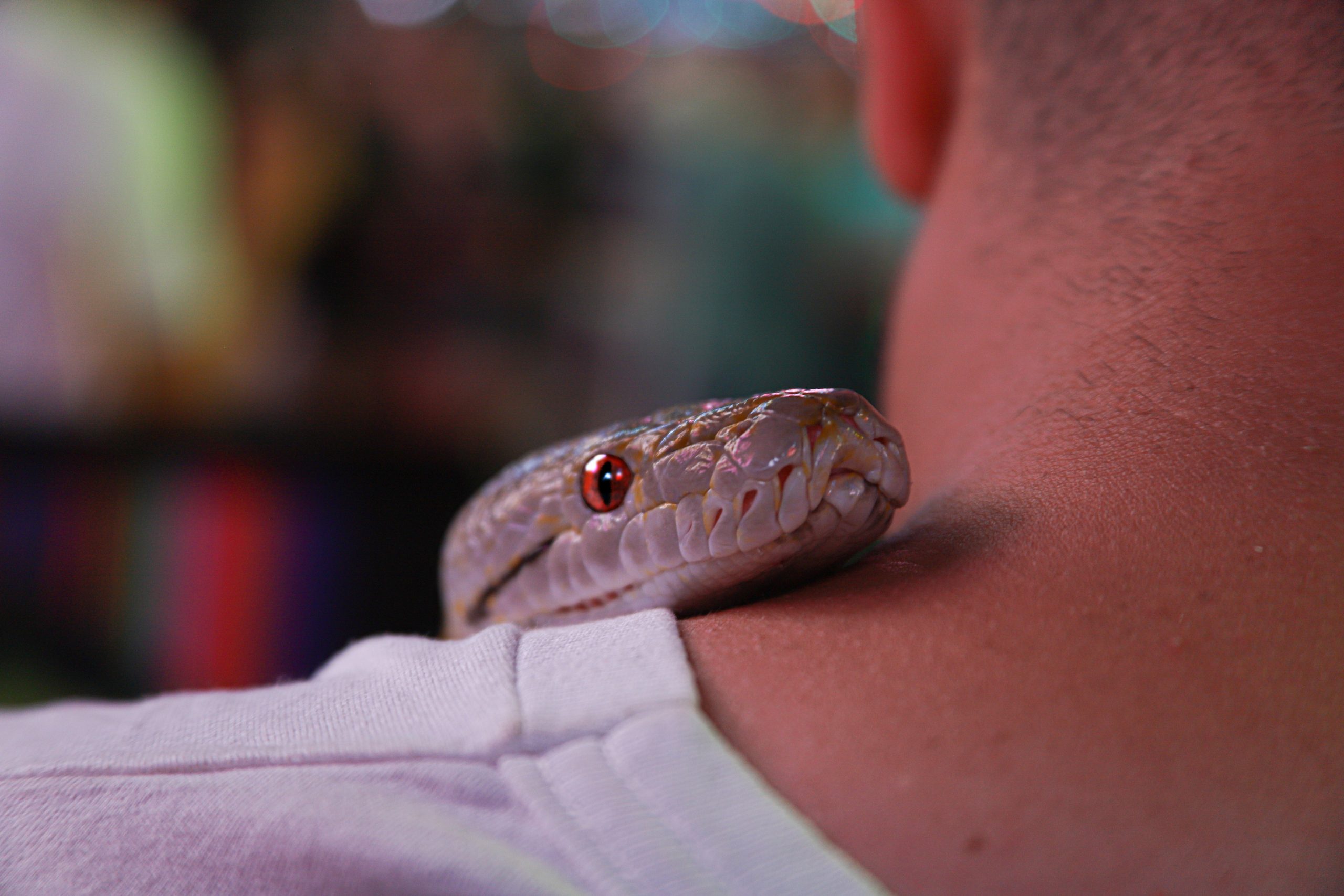